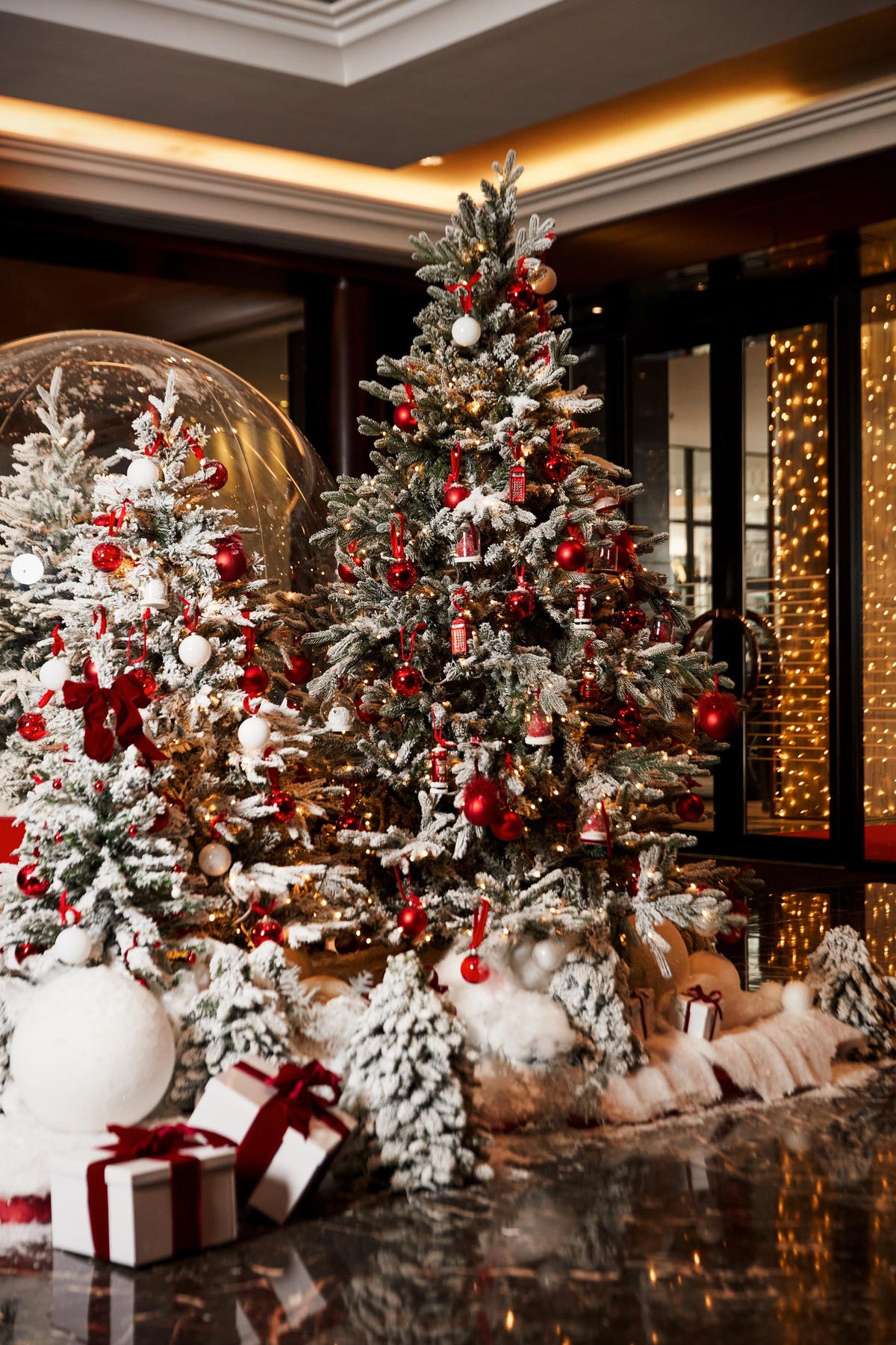 There’s something magical about London at Christmas. The sense of tradition, the enchanting window displays and the elegant street lights ooze an optimism and cheer as we skip towards the end of the year. But London is nothing without its smorgasbord of hotels. The city has some of the grandest and most famous hotels in the world and at Christmas they come into their own with larger-than-life festive displays and decadent offerings for locals and tourists alike.

You are spoilt for choice at Four Seasons Hotel London at Park Lane, starting with a winter wonderland experience in the lobby in the shape of a giant snow-globe installation that will transport guests to an Alpine landscape. (Guests can also create their own snow-globe story by capturing a special snap with their loved ones that will be framed by the Four Seasons team.)
The hot chocolate cart at the Four Seasons Park Lane.(Credit: Four Seasons)

From the pop-up hot chocolate cart to the option of having a Christmas tree in your room, you can soak up the wonder of the season in every part of the hotel. There are limited-edition Four Seasons wreaths, by resident florist Rosalind Ackerley, which you can purchase, personal shopping packages to take the stress out of gift-buying and special festive menus, so you can soak up the finest traditional fare. It all culminates with a surprise appearance from Santa on Christmas Day.

The Lanesborough, meanwhile, which is part of the Oetker Collection, taps into the magic of the season by transforming its Regency rooms into an enchanted country house filled with stunning seasonal displays. On arrival at the hotel, you are met the ‘Lucky Star’ installation, which adorns the exterior portico and entrance. The piece is by renowned event imagineer, Tony Marklew, and features a cascading curtain of glittering oversized snowflakes with a sparkling fairy light curtain.
The ‘Lucky Star’ installation.(Credit: The Lanesborough)