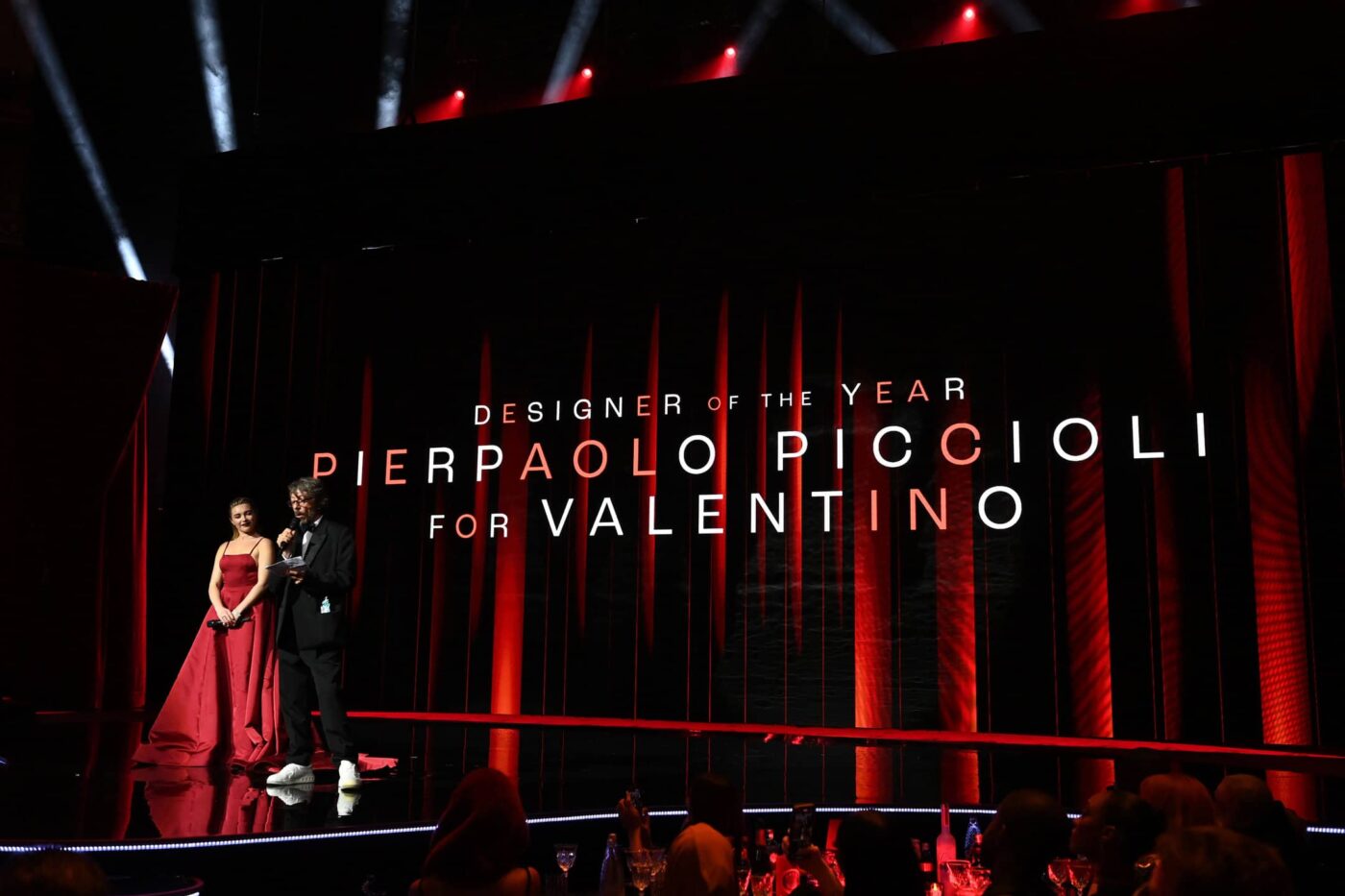 The British Fashion Council revealed the winners of the Fashion Awards 2022 in a star-studded London ceremony last night, with model Bella Hadid and designer Pierpaolo Piccioli taking home some of the biggest accolades.

Celebrities, international models and designers flocked to the Royal Albert Hall for an evening of celebration which hailed emerging stars and established talent in the fashion industry. The annual ceremony, hosted this year by British-Jamaican actress Jodie Turner Smith, featured 23 awards including 15 Leaders of Change.

Valentino Creative Director Pierpaolo Piccioli won Designer of the Year after his Spring/Summer 2022 collection was heavily praised for its inclusivity. He was presented the award by English actress Florence Pugh, who regularly wears the Italian label. Balenciaga Creative Director Demna had been in the race to win before the brand’s controversial advertising campaign featured children holding teddy bears wearing bondage costumes. The luxury fashion house was shunned at the event, having been removed from the list of nominees.

Steven Stokey-Daley — the Creative Director of S.S.Daley — took home the British Fashion Council Foundation Award, which aims to develop new brands through grants and mentoring. The homegrown fashion house, which put on a dazzling SS23 show at London Fashion Week in October 2022, has already been worn by a string of celebrities including Harry Styles, Emma Corrin and Eddie Redmayne.

Other highlights include Bella Hadid winning Model of the Year, which she received via video link. Patagonia founder Yvon Chouinard was rightfully celebrated for his unwavering commitment to the environment with the Outstanding Achievement Award. As of September 2022, the multi-million-pound brand donates all its profits to combating climate change.

Designer of the Year: Pierpaolo Piccioli for Valentino