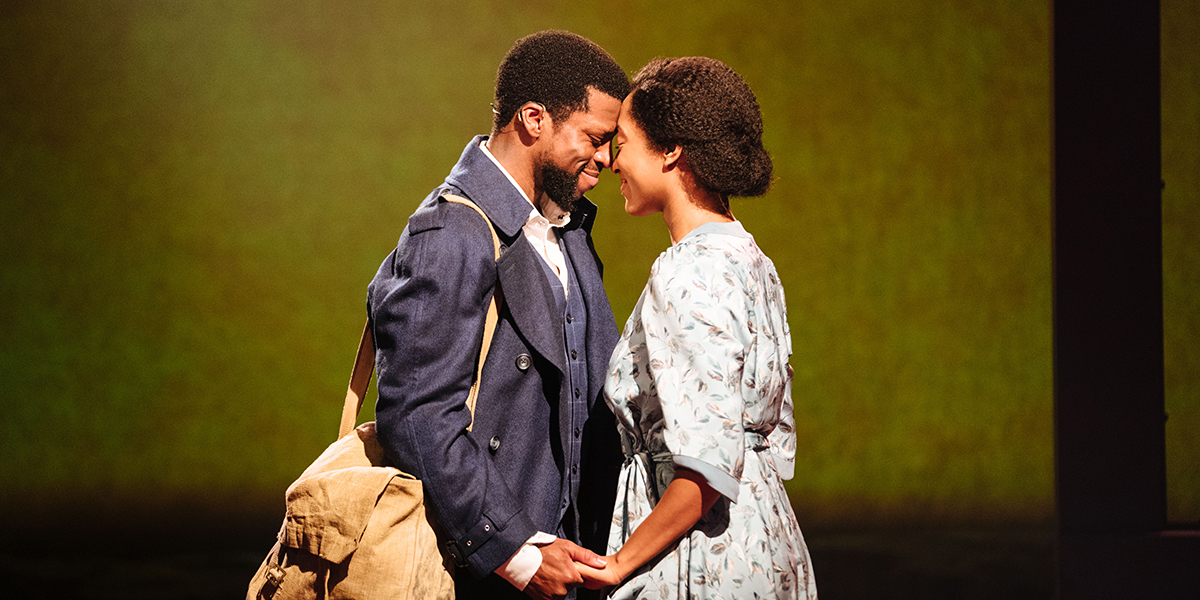 A seismic figure in world history, Nelson Mandela gets the levelling-down treatment in Mandela, the blandly hagiographic new musical at the Young Vic that contains not one iota of surprise.Whereas Hamilton (from which this venture has drawn its hardworking American leading man, Michael Luwoye) has shown numerous ways to bracingly reinvigorate onstage, Schele Williams’s production follows an entirely predictable path. The result, dogged in almost every respect except its dancing, will be too overfamiliar for anyone with even the vaguest awareness of the material, yet far too earnest and generic for those newcomers to the story of South African emancipation who do inevitably exist. (Williams has just been announced to direct a forthcoming American revival of The Wiz.)There’s no denying the worthy intentions of those involved, who include two South African brothers, Greg Dean and Shaun Borowsky, and Massachusetts-born book writer Laiona Michelle, who has also worked as an actress. White and Black creators joined to remind us of the legacy of the pioneering South African president and activist who died 9 years ago, age 95.Legacy, indeed, is a defining word in the show, as one might assume, and gets resoundingly voiced from the stage in the production’s undeniably stirring closing moments.But my heavens, what a formulaic slog the audience is asked to endure in a chronicle of Mandela’s life that is almost comically reductive. I was put in mind more than once of a 1990 West End flop, King, that subjected Martin Luther King to much the same uninflected reverence – and that one included Maya Angelou, a mighty figure of African-American letters, as a co-creator.Mandela begins during the apartheid era, the West End veteran Earl Carpenter pressed into service as an all-purpose Prime Minister, on hand to embody the white supremacy that went on to be dismantled. “We demand freedom,” read the placards on view, as is fair enough, but presumably one has the right to expect rather more from the script itself than a mere extension of such bald-faced pronouncements.As it is, we’re reminded of the need “to fight fire with fire” and, yes, “to do what must be done.” There are lyrics about seeing the light and hanging in there, and not a single cliché is left unused.Danielle Fiamanya’s impassioned Winnie reminds us that her husband is synonymous with “the struggle,” though she doesn’t much like being called out on her own behaviour. Here’s a woman, you may recall, who faced extensive legal issues of her own and whose own narrative is far more complicated than the show named for her husband has time for.Instead, she reacts to the merest suggestion of impropriety with a stern reminder that she had to look after the family while Nelson was incarcerated in Robben Island. He has been shielded from public view while she was required to engage with the world, though it’s not entirely clear how that in itself excuses the charges of fraud and theft that, for a while, laid Winnie low.We hear of the death of his son Thembi (Posi Morakinyo) in a car accident in 1969 whilst his father was serving out his life sentence, and two daughters function as embryonic firebrands: Zindzi (Leanne Robinson), notes her mother, has dad’s “fighting spirit.” And tears, one of these children says to the other, are not an option: “the enemy must not see you cry”.The score possesses a sort of all-purpose musical wash – anthems that feel as borrowed as its laments are tired – that is at odds with the undeniable dazzle of Gregory Maqoma’s choreography. The cast, expertly drilled, rightly whips the audience into a frenzy only for the writing to send the proceedings crashing down once more with a thud.And the ever-reliable Stewart Clarke, fondly remembered from the Menier Chocolate Factory’s 2018 revival of Fiddler on the Roof, belts his 11 o’clock solo number to the roof and beyond as a self-reckoning white warden. It is searingly performed, the banal lyrics notwithstanding.I can’t be the only playgoer who would be interested in what followed in the wake of a figure whose footprint remains singular to this day, rather than a by-the-book rehash that settles for the obvious at every turn, as if neither politics nor the theatre have moved on since the era on view. There’s no denying the commitment to a ceaselessly important cause that courses through Mandela, but the show in its present form aims to soar only to feel artistically stillborn.Mandela is at the Young Vic through 4 February. Book Mandela tickets on London Theatre.Photo credit: Michael Luwoye and Danielle Fiamanya in Mandela (Photo by Helen Murray)