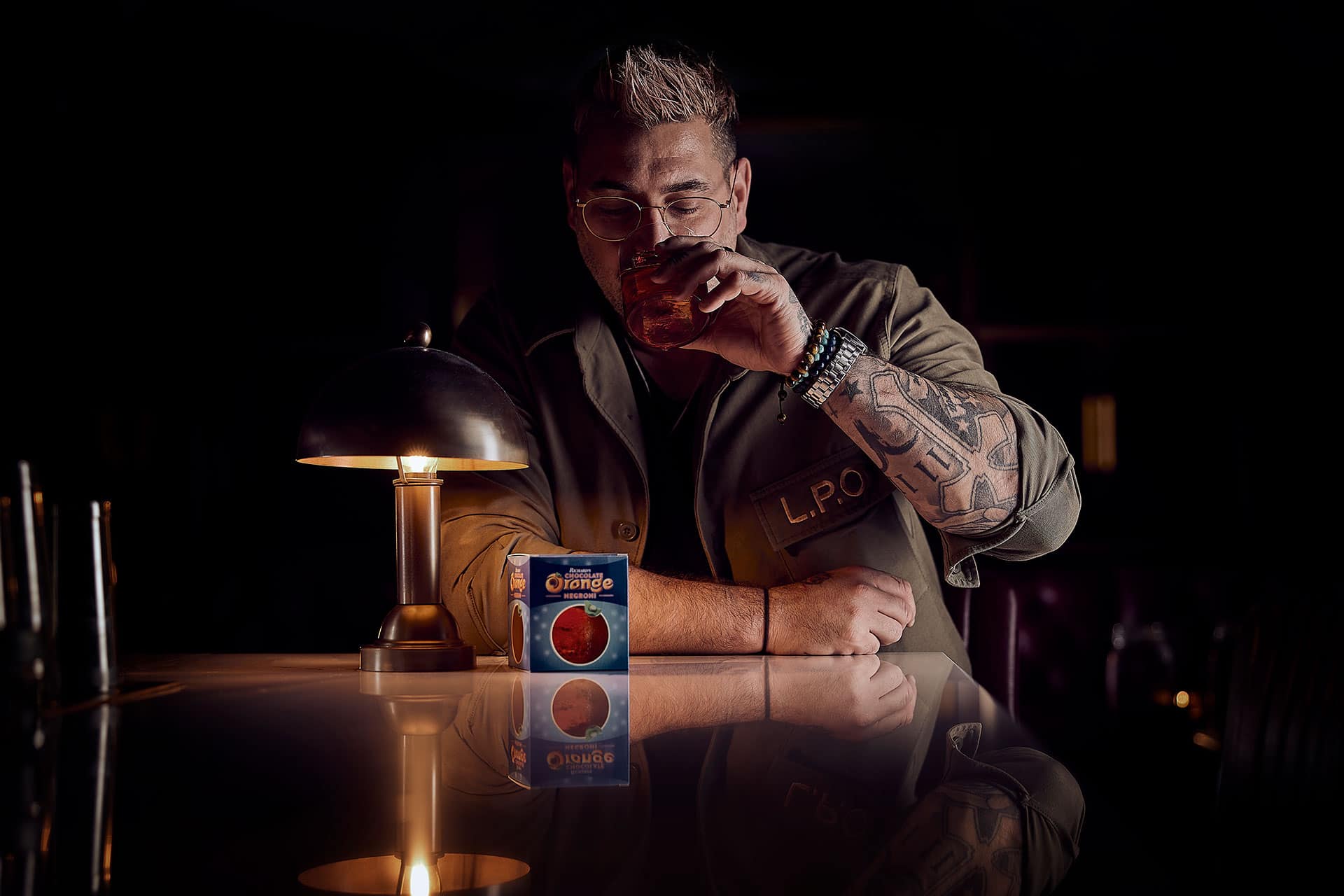 If you’ve tried and tested a fair few London bars in your time — think Sushisamba and Duck and Waffle, for example — then chances are, you’ve already tried a cocktail crafted by Rich Woods. You just probably didn’t know it.

Better known as The Cocktail Guy to his 81,000 Instagram followers, Woods started his career as a bar manager in 2003 and by 2014 was named World’s Most Imaginative Bartender. But having been in the mixology game for more than a decade, how does he continue to find inspiration for new recipes?

“A smell, a taste. Possibly a colour,” explains Woods. “I like to create drinks that transport someone back to a memory; something nostalgic, something memorable. Smell memory is one of the most powerful senses we possess. If you can create a flavour or a smell that transports an individual back to a moment, it’s incredibly powerful.”

Woods’ latest venture is a partnership with BrewDog at its Waterloo venue, where he’s opened a new speakeasy called the Lost Property Office. The festive menu, which is only available for six weeks, features several new alcohol concoctions including the Chocolate Orange Negroni and the Christmas Collins. “Cocktails are perfect to enjoy while sharing and coming together, celebrating the year that’s been and the one to come,” says Woods. “And who doesn’t like to think of themselves as a home bartender?”

Well, we couldn’t agree more. Which is why we asked Woods to create three festive cocktail recipes that can be shaken up at home, so you can put away the dull prosecco and wow your guests with a bar-style tipple instead.

One of Woods’ favourites on the Lost Property Office menu, this recipe puts a festive spin on the traditional whisky cocktail.

Add 250ml of Bourbon or Scotch whisky into a sealable, non-reactive container and mix in 100g of mincemeat.

Seal and place in the microwave on medium for two minutes. Remove and mix the ingredients. Replace the lid and heat for a further two minutes.

Remove from the microwave and allow to cool, before placing in the fridge for two hours.

Place a funnel into a clean bottle and line with a coffee filter. Drain the liquid, ensuring the

mincemeat is left behind.

Pour 60ml of the infused liqueur into your Old Fashioned-style glass with 15ml of Scotch whisky.

Fill with ice and stir well before serving.

Sweet and decadent, Woods describes this as “a great welcome drink as it is delicious, easy to scale up and simple to make.”

Pour 500ml of St Germain Elderflower Liqueur, 15g of cornflower petals and 10g of marigold petals into a non-reactive container with a lid and leave to infuse for at least 24 hours.

Once infused, strain through a muslin-lined sieve (strainer) or coffee filter and collect the liquid.

Decant the liquid into a bottle and reserve in the fridge until required.

Spray the inside of a large, pre-chilled Martini glass with the plum bitters before adding 30ml of the liqueur. Top up with 60ml of Champagne.

A piping hot classic cocktail sure to warm the cockles on a cold winter’s night. Woods adds: “You can play with the blend of flavour-enriching aromatics when making this drink, but I love the combination of ginger and cinnamon as it goes wonderfully with the warming cognac.”

Pour 50ml of cognac and three teaspoons of maple syrup into the base of a mug or heatproof glass.

Heat 500ml of pear cider and 25g of sliced root ginger in a pan over a medium heat before bringing to a gentle simmer for five minutes.

Add one cinnamon stick and the zest of half an orange to the pan and continue to simmer until the liquid has reduced by half.

Remove from the heat and strain through a sieve.

Pour the Mulled Cider over your liqueur and serve piping hot with a slice of apple.

All recipes excerpted from The Cocktail Guy by Rich Woods

Investing in social housing is fundamental to improving Londoners’ health